The Army Institute of Law recognizes the importance of good oratory skills, critical thinking and the ability to express one's ideas to excel in the field of law. The Debating Society (DEBSOC) regularly sends teams, who are selected after a rigorous elimination process at AIL, to participate in various national and international level competitions. The students have brought many laurels and accolades for the Institute over the period of years. DEBSOC also organizes the Intra-Institute Debate Competition annually for the students at AIL, Mohali.

Students have represented AIL, Mohali and have made the following achievements by far:

Intra-Institute Debate Competition 2021 was organized on 4-3-2021. Eight teams were shortlisted out of twenty-four teams who had registered for the elimination rounds. The debate was in Hindi/English. The motion for Vitarka 2021 was “Right of reputation of one cannot be protected at the cost of right of dignity of another.” Winning Team - Ms Mehula Vats(1732) and Mr. Mayank Sharma(1748) were awarded with Cash Prize of Rs. 4000/-, Certificates and the Running Trophy.
RunnersUp Team - Ms.Kanishka Chopra (2065) Ms. Tirtha Ajith (2024) were awarded with Cash Prize of Rs. 3000/- and Certificates 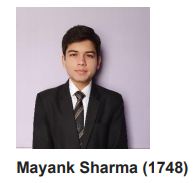 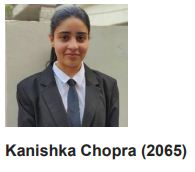