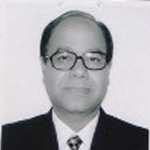 Dr. Kushal Pal Singh joined as guest faculty in the Army Institute of Law Mohali in July, 2020. He is a former IPS officer of 1985 batch from Haryana Cadre. Dr. Singh is a post-graduate in Civil Engineering from IIT Roorkee. While serving as a Police Officer, he continued to pursue academics and obtained LL.B, LL.M and Ph.D degree in laws. After serving as District Superintendent of Police in 8 districts of Haryana, he had the opportunity to head all the wings of Haryana Police including the State Intelligence Wing (CID), the Crime Branch, the Prisons, the Anti-Corruption Wing and Haryana Human Rights Commission. He headed Haryana Police as its Director General in the most crucial times. Before joining the IPS, Dr. Singh served in UPPWD and Indian Railways as Civil Engineer for a brief period. Dr. Singh has vast teaching and administrative experience in various training institutions. He had served for two years as Inspector General in Haryana Police Academy, Madhuban, besides heading Home Guards and Civil Defence Training Institute Haryana for two years. He is a visiting faculty in a dozen of Professional Training Institutes and Universities including the NPA Hyderabad, HPA Madhuban, Judicial Academy Chandigarh, Institute of Correctional Administration Chandigarh, HIPA Gurugram, MGSIPA Chandigarh, Institute of Social Science New Delhi, NLU, Dwarka New Delhi, RGNLU Patiala, NIPCCD Mohali and PU Chandigarh to name a few. He has written 25 books and 4 monographs, including training books for Haryana Police, a précis on Local & Special Laws for IPS probationers prescribed at NPA Hyderabad and Home Guard and Civil Defence Training Manual. One of the books authored by Dr. Singh on Criminology, Penology and Victimology is referred by law students as text book in several universities. He is a recipient of Pandit Gobind Ballabh Pant award & Rajiv Gandhi Lekhan Award from MHA, Haryana Sahitya Academy Award, National Human Rights Commission award on his books. He is also a proud recipient of President Police Medal for meritorious services. Dr. K.P. Singh has more than 17 Research Articles to his credit, published in prestigious National Journals including the NHRC Journal, the Indian Police Journal, the Haryana Police Journal, the CBI Bulletin and the Police Gyan Vigyan. He has written more than 400 articles which were published in different Hindi and English daily newspapers. Apart from being a passionate writer, Dr. Singh has also stoked his passion for travelling and has visited UK, South Africa, Turisia, Lesotho, France, Germany, Italy and Belgium. Dr. Singh is a keen golfer and has participated in various National and State Level Golf Tournaments.

Mr. Karan Bhardwaj is a Lawyer by profession. He didhis graduation in Political Science (Hons) from Govt. College, Sector-11, Chandigarh and completed his Law from Department of Laws, Panjab University, Chandigarh on 08.08.2006. He was enrolled as a member on the rolls of Bar Council of Punjab and Haryana on 09.08.2006. He joined law chambers of his Father Sh. Shakti Bhardwaj, Advocate. He has more than 14 years of experience in litigation on both appellate and original jurisdiction of Punjab and Haryana High Court. He frequently appears in Supreme Court of India, Himachal Pradesh High Court at Shimla, Rajasthan High Court at Jodhpur, Central Administrative Tribunal, Armed Forces Tribunal, State Consumer Commissions. Mr. Karan Bhardwajis Center Govt. Counsel w.e.f April/2015 and represents UNION OF INDIA. He also remained on panel of Chandigarh Administration, High Court Legal Services Authority and Official Liquidator (Attached to Punjab and Haryana High Court at Chandigarh). He has been appointed as ‘Amicus Curiae” by Hon’bleHigh Court in matters pertaining to custodial deaths and rights of prisoners.He is also a trained Mediator and is working as “Mediator” in Punjab and Haryana High Court Mediation and Conciliation Centre and has successful mediations to his credit. There are more than 30 reported judgments of various Courts in which Mr. Karan Bhardwajassisted the Hon’ble Court. Mr. Karan Bhardwaj has been associated with Army Institute of Law, Mohali as “Guest faculty” since June/2011. During his tenure as Guest faculty, Mr. Karan Bhardwaj got an opportunity to work with students and teach subjects like Code of Civil Procedure, Competition Law, registration Act IPC, Law of Evidence, Jurisprudence, Police and Prison Administration etc. During his education, he was awarded with “President Award” by the then Hon’blePresident of India, Dr. Shankar Dyal Sharma on 15.11.1996 at RashtrapatiBhawan, New Delhi, for being best Boy Scout in Chandigarh. During graduation he was conferred with “Role of Honor”, twice, in Public Speaking in 2002 and 2003 by Government College, Chandigarh. He won prestigious A.C.Bali and K.K. Grover Debate competition organized by Panjab University three years in a row. He has been an NCC cadet and completed “B” and “C” certificates during his graduation.